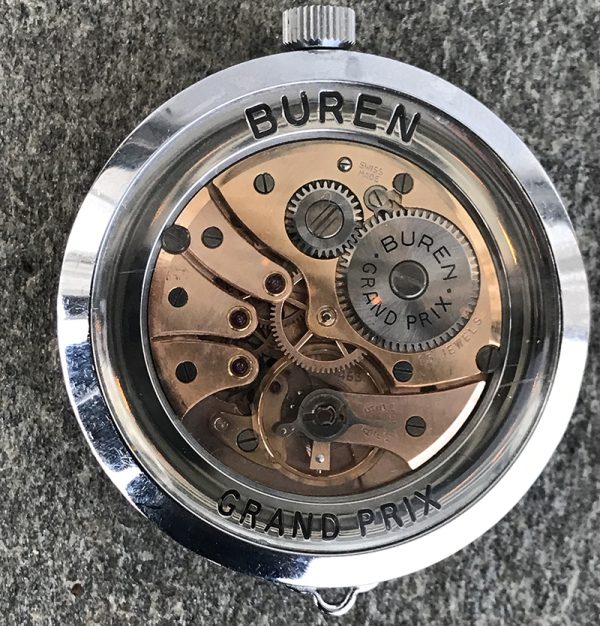 15 jewel watch demonstration movement in nicely signed case (both sides glazed). The good caliber 463 movement has rodium finish (like Omega) and gold jewel mounts. This 29mm Incabloc movement can be dated to the late 1940s to the 1950s due to the balance with screws and the use of the company name on the spring wheel. Diameter 43mm. A model like this one could have been used by a traveling salesman or for exhibitions. The use of “Grand Prix” was typically connected to watch manufacturers who won accuracy competitions. This could point to an earlier dating than the late fifties, as we see less and less of the “Grand Prix” boasting after WWII.