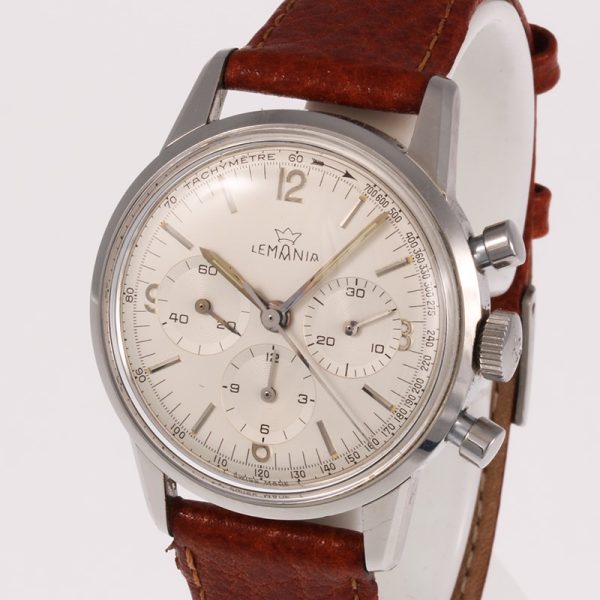 A rare and fine 3-register chronograph from 1964. Lemania caliber equivalent to Omega 321. 35,5mm. With original box.

Lemania produced the chronograph movements for Tissot and Omega. Those three brands were in the same company group from 1932. This watch has the movement in the Omega Speedmaster NASA chose for their space missions due to its accuracy and robustness  (the first watch on the moon had the later 861 caliber). Lemania marketing was specially directed to government contracts (army, navy, air force, police etc). Famous examples are one pusher chronographs delivered with the military “arrow” marking in Britain and the two pusher model delivered to the Swedish airforce (which again is quite similiar to the Heuer “Bund” that was sold to among others the German armed forces and the Norwegian airforce).