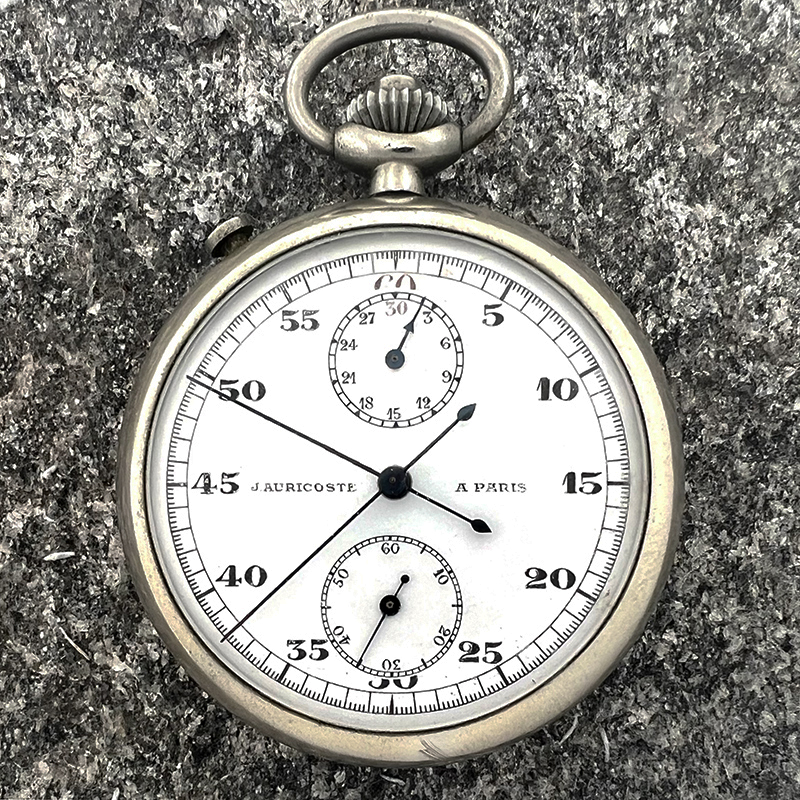 An early column wheel permanent drive rattrapante stopwatch numbered 5475. It has an interesting, well made movement, differing in design from later Swiss rattrapante (split-seconds) movements. These complicated stopwatches have movements typically with 15 jewels, rather than the standard simple stopwatch that only uses 7. Auricoste used Lemania movements, but we are not certain of the producer of the mechanism in this watch. It has not been serviced by us, but it The movement is very nearly what you find in complete chronographs, where you will usually find 17 jewels to be “standard”.  J.(Joseph) Auricoste had the privilege to deliver timepieces to the French Navy, therefore adding the term “Horloger de la Marine” to may of their products. The company´s address was 10, rue la Boetie à Paris. The enamel dial is  without cracks and the blued steel hands quite perfect. We date it to ca 1920 (although it could be even earlier). The case has a dimeter of 50 and a thickness of 16 mm. The case material being chrome/nickel.