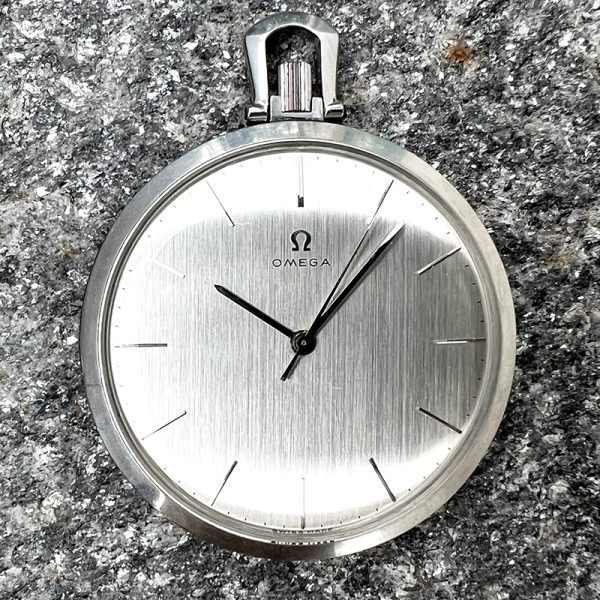 With its inner and outer box, this mint pocket watch is rare and desirable. The very elegantly shaped, slim (8,2 mm thickness) case has only a minor dent between 5 and 6 (on the back, not visible from the front). The case diameter is 44 mm. The no lume dial is flawless. It has a brushed, silvered dial where the brushing leaves an impression of a linen dial. The white gold hour markers and hands are plain and simplistic. The centre seconds movement has not been revealed as we are very pleased with the performance. The caliber is most likely in the 600 series (as used in the no date versions of the Seamaster and Genevé models in the sixties). Its performance on the time grapher is such that we believe it has been recently serviced. All the same, we guarantee it for 12 months. The fitted (“bespoke”) case is valuable in itself, and the added attraction of the outer box makes this a marvelous vintage package which was probably produced  around 1965 – 1970.